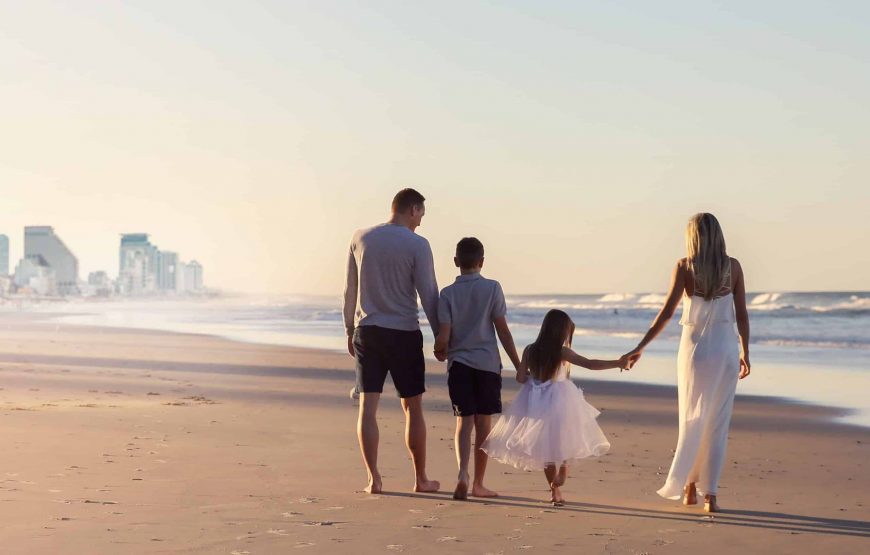 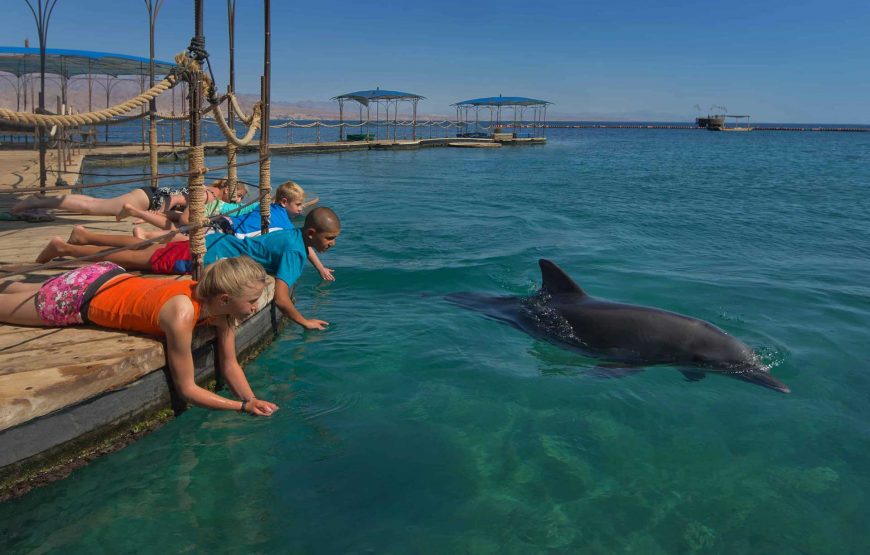 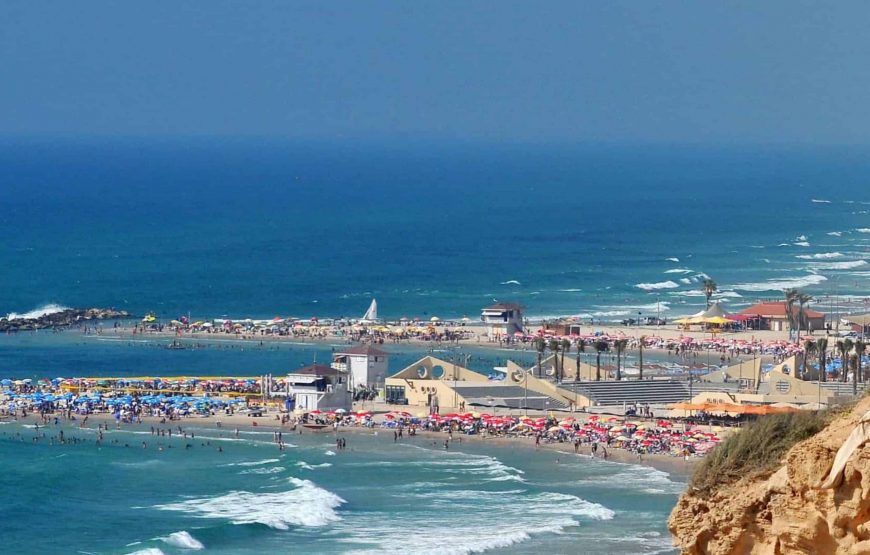 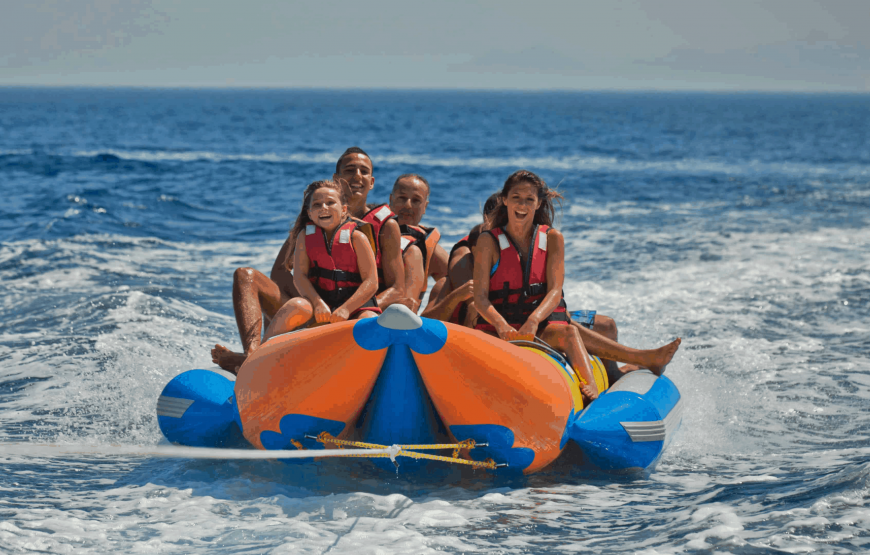 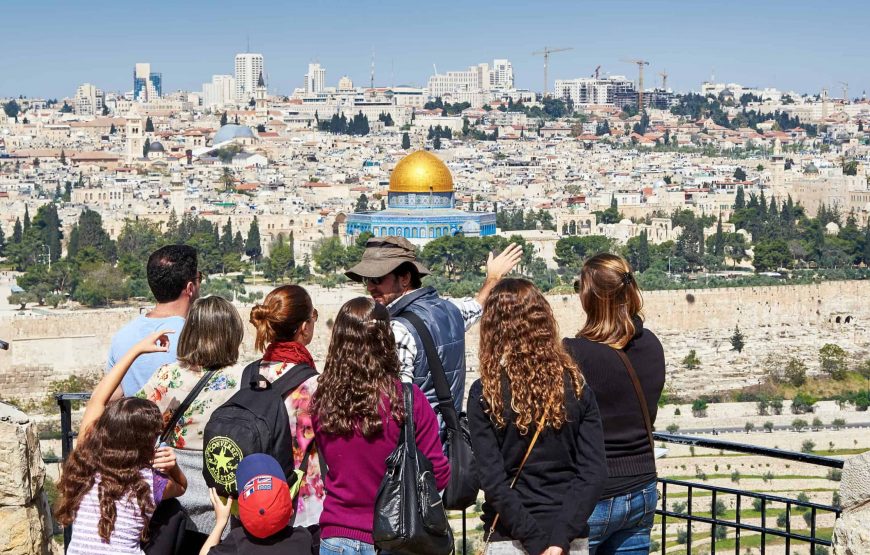 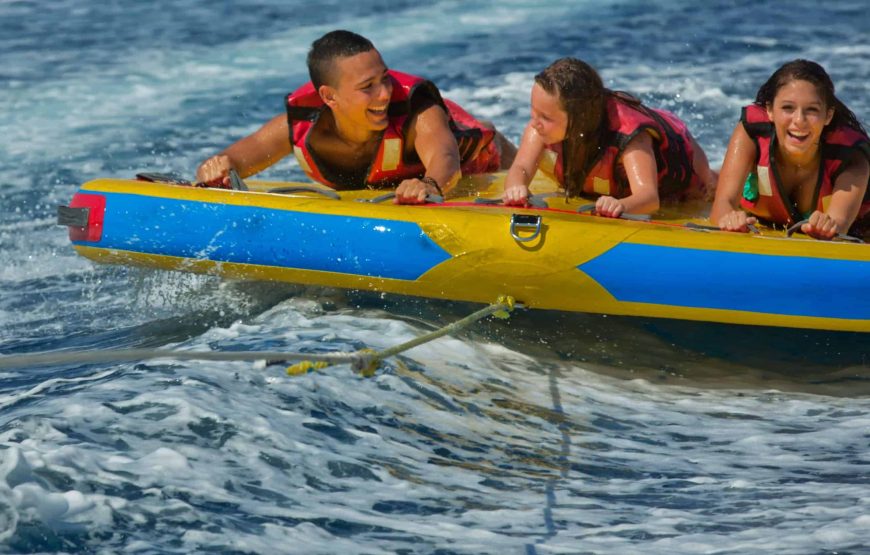 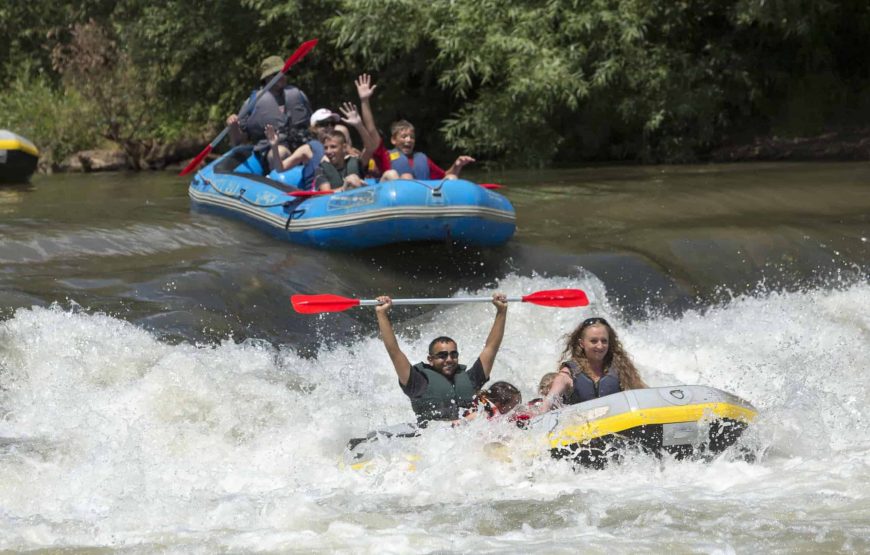 On this most comprehensive summer family tour offered in North America, you’ll be amazed and delighted as each day unfolds. Meticulous planning by our team of experts ensures a perfect blend of history, adventure, action, and just pure fun!

Join us for a life-altering experience you will never forget. 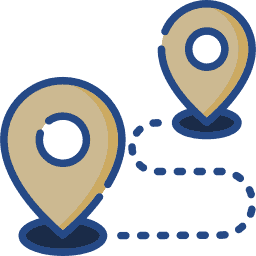 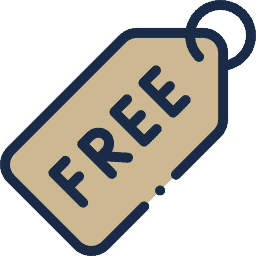 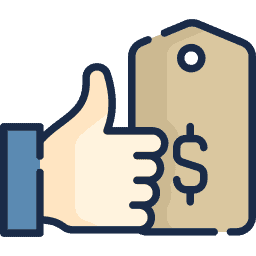 Best Price Guarantee / The most of Israel for the best price 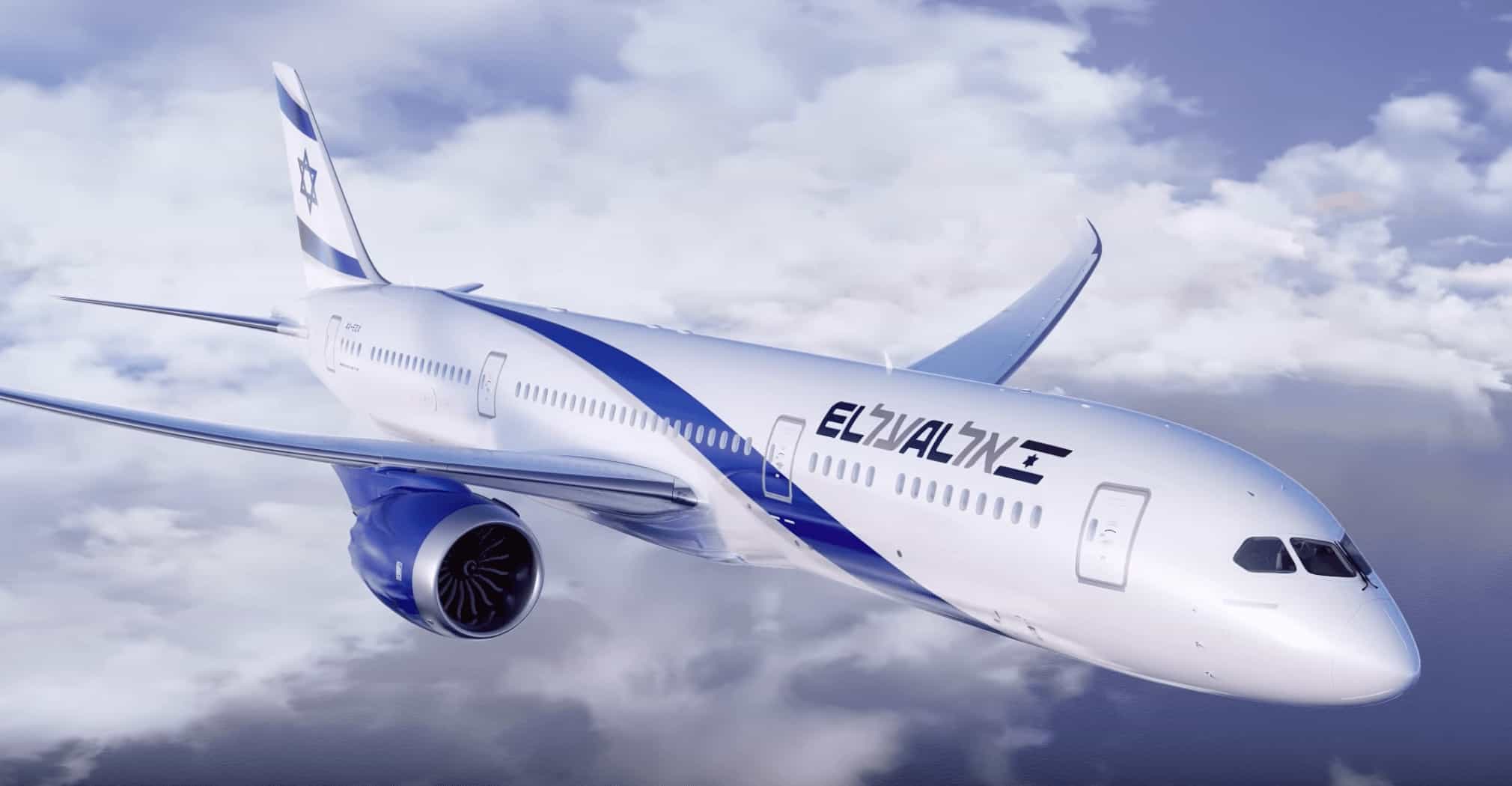 Depart on your flight to Israel and begin an unforgettable journey

Welcome to Israel! Arrive at Ben Gurion where you will be met and assisted for your transfer to the Orient hotel in Jerusalem

Evening: Meet your guide and enjoy the welcome delicious dinner at the Orient Hotel. 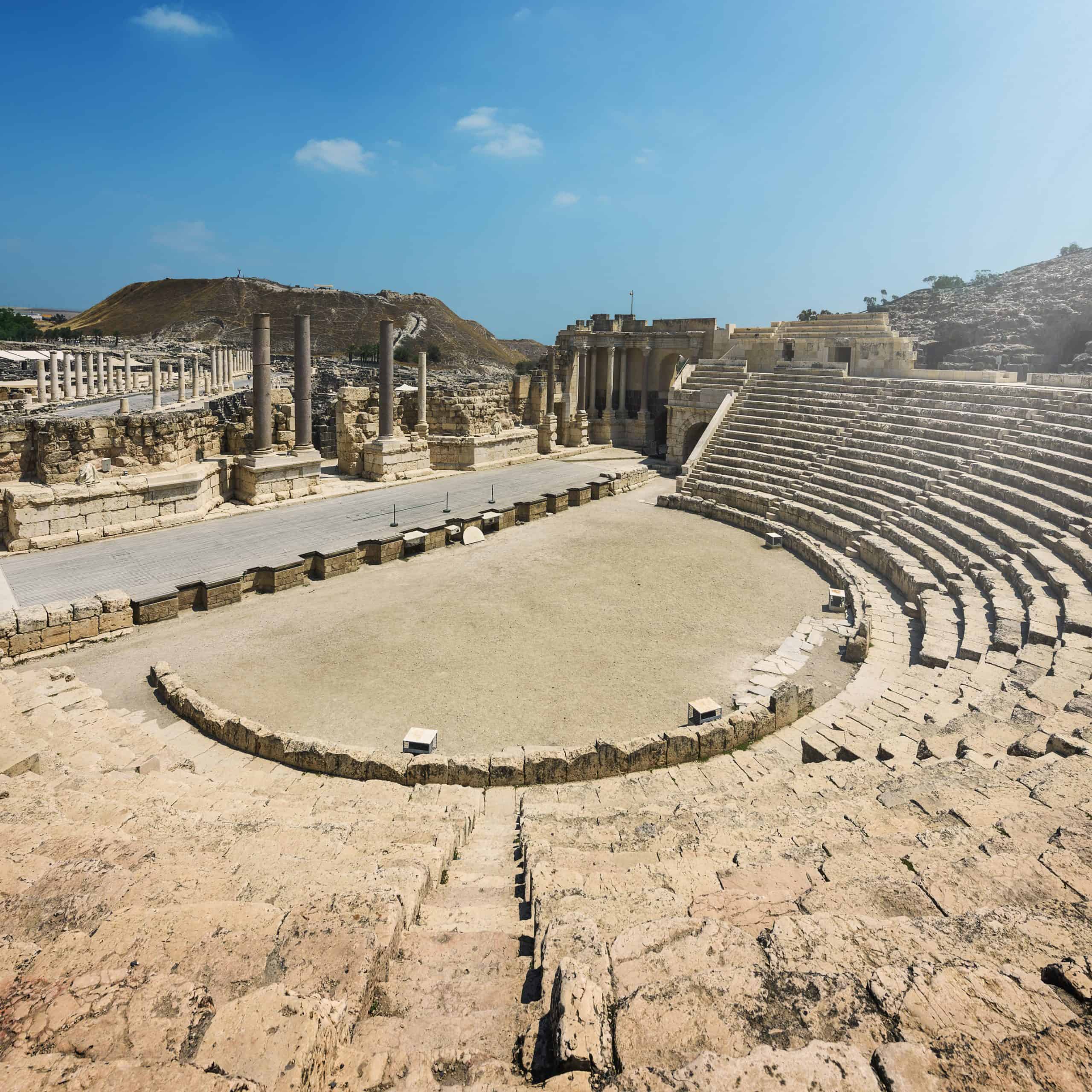 After breakfast at the hotel, drive to the City of David, an exciting area of discovery in the heart of ancient Jerusalem- home to many of the most impressive finds of recent years. A true highlight of the tour is a visit to the underground water system including brand new discoveries from the Canaanite Period. You might explore the cool wet Hezekiah’s Tunnel, or choose the recently opened (and dry…) tunnel which brought water to the city in the time of Herod.

Continue to the Southern Wall Archaeological Park (Davidson Centre) and experience a fascinating presentation describing the Temple Mount and life as it was two millennia ago. Arrive at the Kotel – the Western Wall, Judaism’s holiest site, and finish the day’s adventure walking back in time through the Western Wall (Rabbinical) Tunnels, a fantastic route running under the Old City.

Have a chance to experience life as it was in biblical times. You will be greeted by Eliezer, Abraham’s servant, and by a train of camels which lead you down to Abraham’s tent, where you will have the “Chafla”, local dinner. 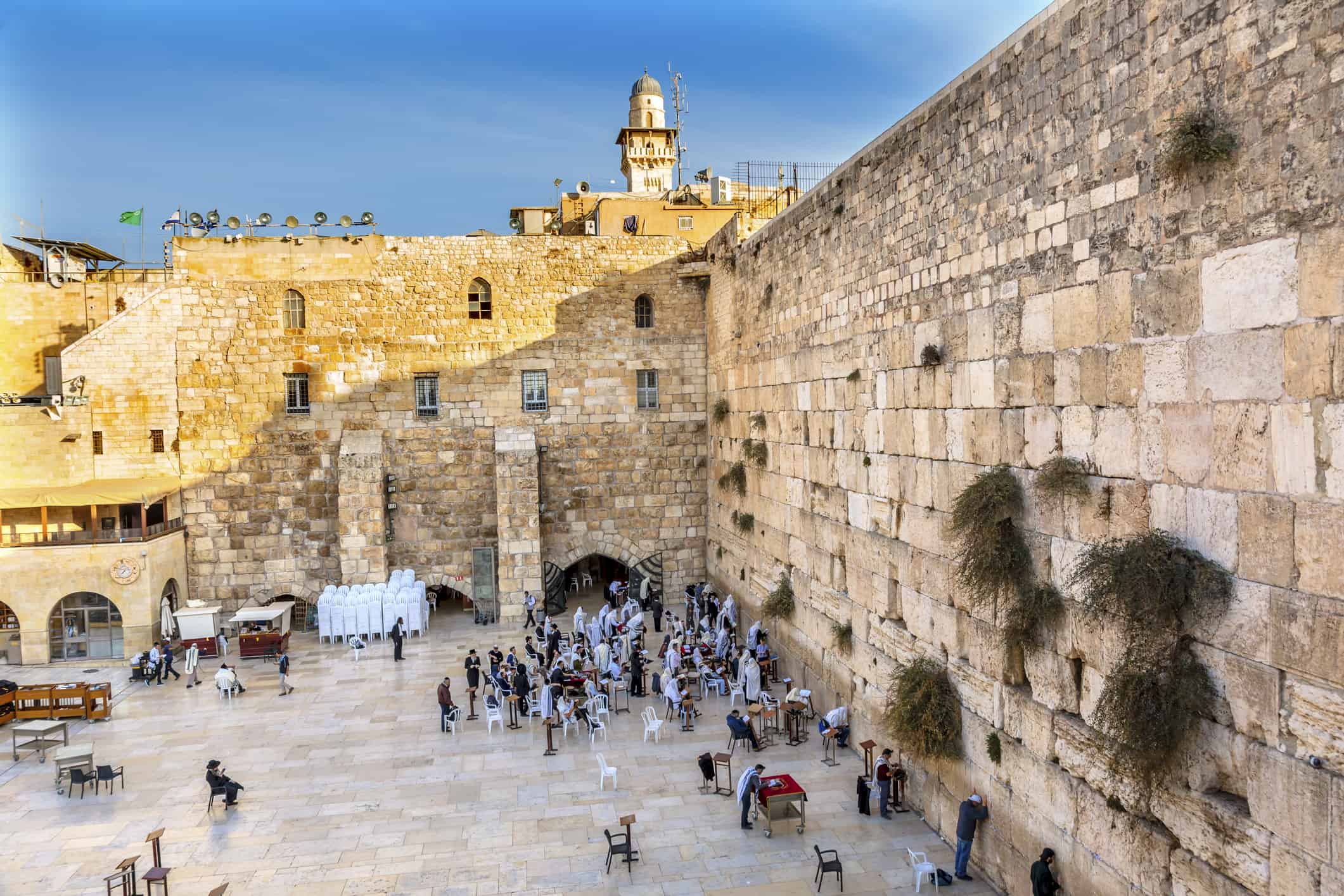 Enjoy breakfast at the hotel and then, take a short drive to Ammunition Hill and learn of the site’s epic battle between Israeli paratroopers and Jordanian legionnaires during the Six Day War – a battle resulting in the reunification of Jerusalem in 1967.

Continue to Yad Vashem Holocaust Museum & Memorial- strategically situated on the green slopes of Har HaZikaron (“Mount of Remembrance”). The museum tells the story of the Holocaust from a unique perspective by emphasizing the experiences of Jewish victims and survivors using original artefacts, testimonies, and personal possessions. Tour this sprawling complex and visit the Grove of the Righteous among the Nations, the Children’s Memorial and take part in a special “Yizkor” (memorial service) in Bik’at Ha Kehilot (The Valley of Communities). A special program will be provided for children (accompanied by one parent).

Proceed to Mt. Herzl, the site of Israel’s national cemetery which is named after Theodor Herzl, the founder of modern political Zionism, whose tomb lies at the top of the hill.  See the burial place of Israel’s former prime ministers and presidents, prominent Jewish and Zionist leaders, as well as those of young men and women who paid the ultimate price to make the dream of modern Israel a reality.

Enjoy the Machane Yehuda Market and immerse yourself in the bustling energy of Jerusalem’s Shuk (market). Wander around the many local vendors selling delicious cheeses, pastries, spices, nuts and much more. Taste halva, ice cream and fruit drinks. 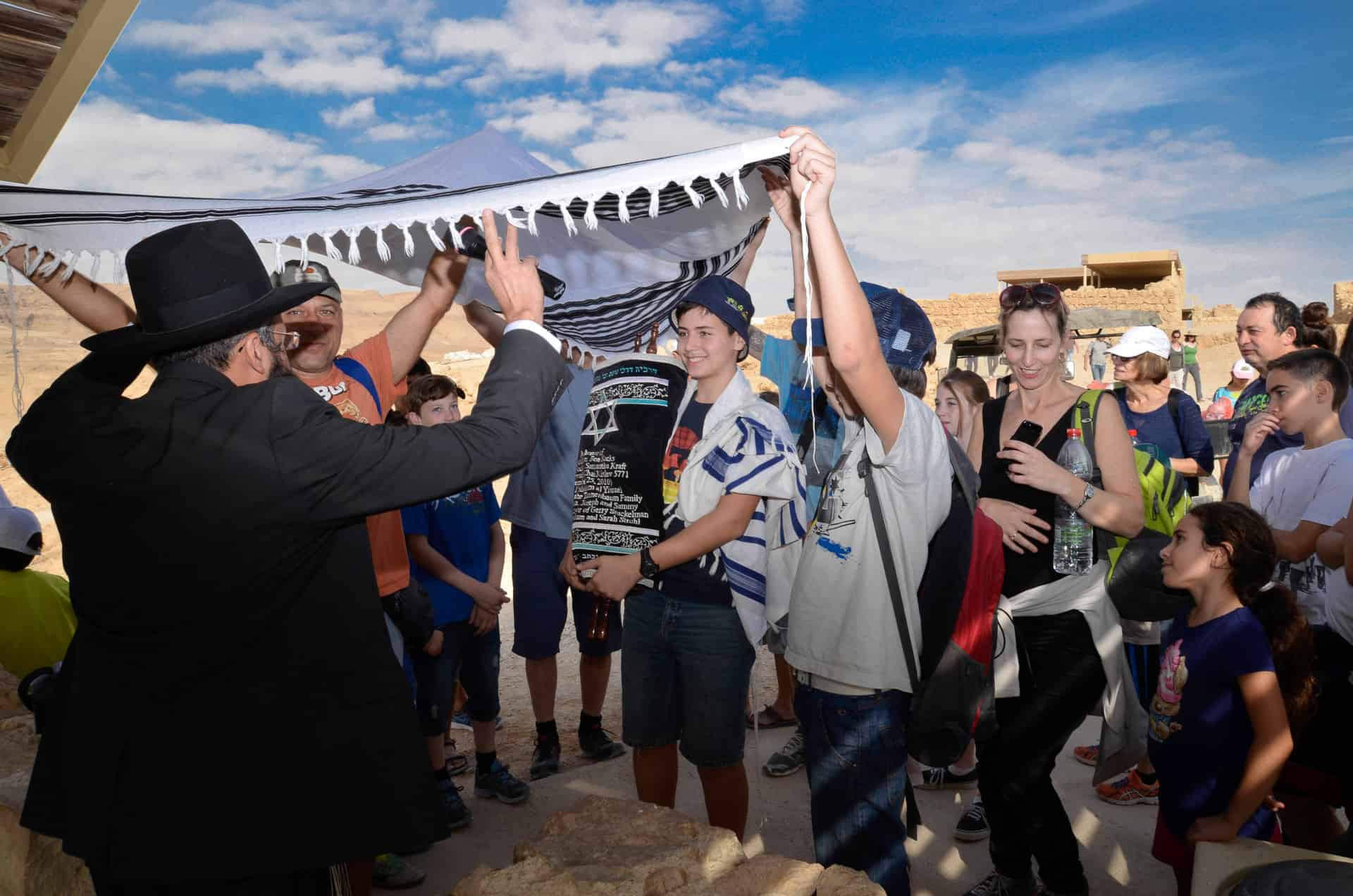 The big day is here and we’ve made sure that it’s everything you hoped for and more.

Following breakfast at the hotel, descend through the Judean Desert to the Dead Sea, the lowest point on Planet earth, continuing straight to Masada. Ascend the mountain by Cable Car to this last stronghold of the Zealots who chose death rather than surrendering to the Roman Legion in the Jewish Revolt against Rome some 2000 years ago.  Masada is not declared a UNESCO “World Heritage Site”.  Join the Rabbi for the Bat/Bat Mitzvah service at a select location overlooking the Dead Sea and the Mountains of Moab.  After, tour Herod’s Palace, the synagogue, the bath house, the water system and the fascinating storage rooms. Descend Masada and drive to one of the hotels at the Dead Sea for lunch and swim; float effortlessly in the therapeutic mineral-rich waters before proceeding to Ein Gedi for a hike through this beautiful oasis to the spectacular waterfalls—a perfect family day to remember.

Tonight we’ve planned a Festive Bar/Bat Mitzvah celebration in honour of the children’s hard work and the dedication they have shown. Enjoy a specially arranged dinner planned around the freshest of local bounty and live entertainment (subject to group size). It will be a night to remember. 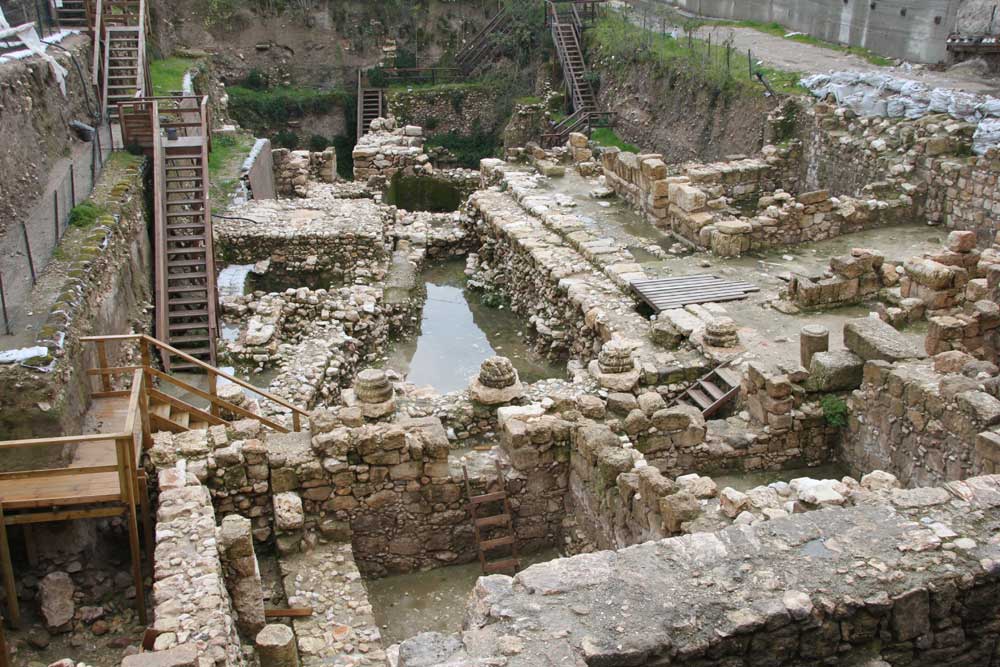 Following breakfast and hotel checkout, head to Tel Maresha in the area of Beit Guvrin, ancestral home of King Herod, and participate in an archaeological dig. This hands-on experience includes digging, sifting, pottery examination and a tour in Beit Guvrin National Park with an exciting crawl through unexcavated cave systems.

Continue to Yad LaShiryon at Latrun, Israel’s official memorial site for fallen soldiers from the armoured corps with an open-air museum, featuring more than 200 tanks and military vehicles dating back to WWI. Explore the museum and learn of its location, which was a major battle ground during the War of Independence.

Spend the day at leisure in honour of Shabbat. Consider resting or catching up with friends and relatives, attending a Shabbat service, taking a dip in the pool, or enjoying Jerusalem at your own pace.

Drive through the Jordan Valley, homeland of the Prophet Elisha, to Beit Shean. Visit the largest excavated Roman city in the Middle East that was home to approximately 40,000 people. See the Roman temple, artisan workshop, public baths and a magnificent amphitheater that is still used for performances.

Drive to the chocolate farm at Kibbutz Degania, enter to Galita, the sweet world of chocolate!!!!! Watch a short film about chocolate, and continue to the workshop center to create your chocolate choice. After the workshop, can have free time to try delicious and home-made ice cream of Galita

Proceed to Safed, the ancient city that was home to the mystics of the Kabala. Wandering the twisting alleyways, you’ll encounter tiny, historic synagogues and have an opportunity to visit the galleries of Safed’s celebrated artists’ colony.

Get an adrenalin rush in the afternoon kayaking* in the Jordan River, and dare the 300-feet long zip-line journey, ending with a splash in the Jordan waters. 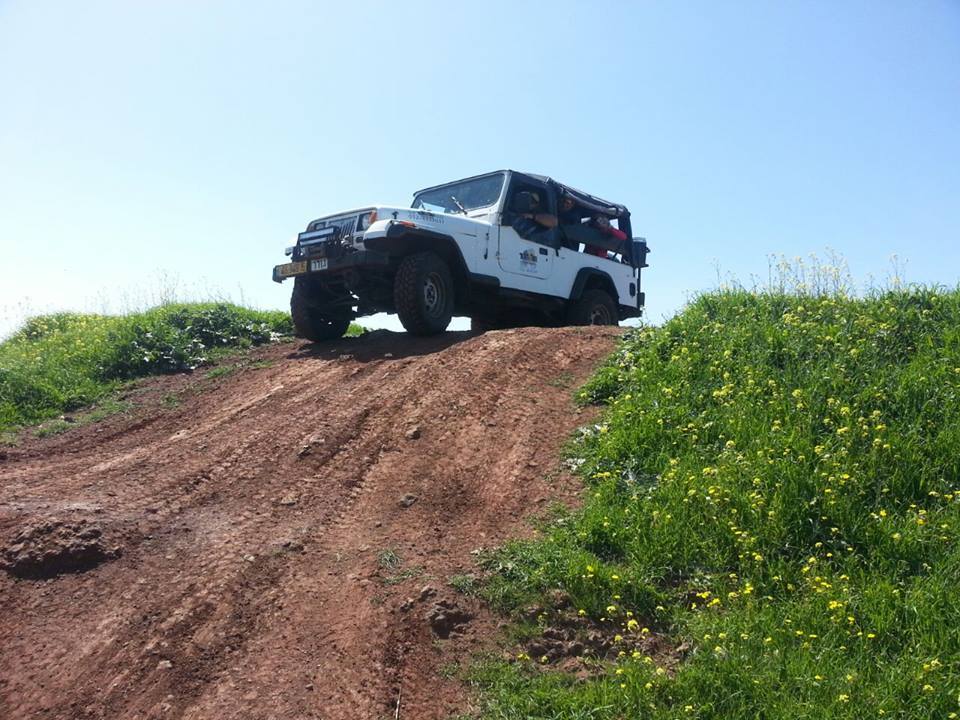 Today, we’ve arranged for a rare treat – subject to the political situation, we’ll visit an Army Base, speak with the soldiers who defend the northern borders and observe the life of an active combat unit.

Head down from the heights of the Golan, taking in spectacular views of the area as we make our way to Tel Dan, a town that has seen many different occupants in the course of 6000 years. Its setting in the lush valley supplied by the Dan River makes it one of the loveliest sites to visit in the North.

Tonight we’ll enjoy a traditional Israeli dinner followed by an exciting jeep tour beginning in the twilight hour traveling into the darkness. Traveling in open jeeps, we’ll hear the sounds of the night and observe the active wildlife. Returning from this exhilarating ride, we’ll head for a cosy get together around a bonfire “Kumzits” to roast some marshmallows while we star gazing into the glorious Israeli skies. 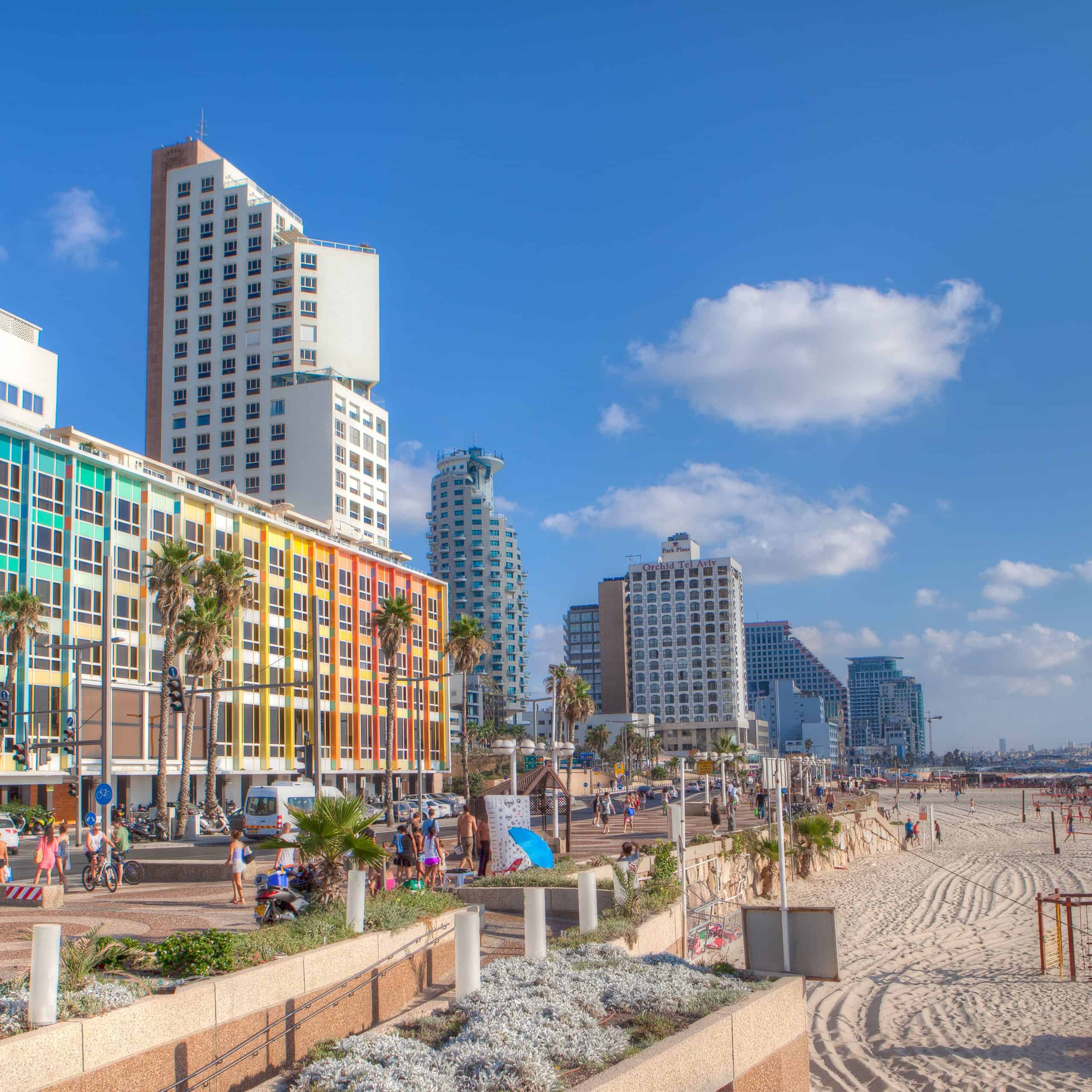 After enjoying the delicious buffet breakfast at Kfar Blum, drive to Mitzpeh Hoshaya’s Kfar Kedem, where the day-to-day life of this ancient land is recreated. Hear the words of the prophets as you thresh grain, spin wool, press oil from fresh olives and wine from fresh grapes, and take to the trail on donkeys.  Leave with a Homing pigeon and send a special message back to Kfar Kedem as you release the pigeon on his path back home.

Then, head to Haifa; see the meticulous Baha’i Gardens, a UNESCO World Heritage Site, often described as the “eighth wonder of the world.”  Then proceed to a nearby Druze Village where we will learn about the Druze people and their way of life.

Drive to Caesarea, the “Dream by the Sea” constructed by Herod the Great between 22 and 10 BC and named after Caesar Augustus. Enjoy a tour of the rich remains spanning from the time of the Romans to the Islamic period: the 2,000-year-old Roman amphitheatre, the Crusader harbour, and Herod’s palace– all will be brought to life in a brand new multi-media show dedicated to the events and personalities who shaped this seaside wonder.

Drive to Tel-Aviv. Evening – free to enjoy this unique and well-known city

Check in at hotel Carlton 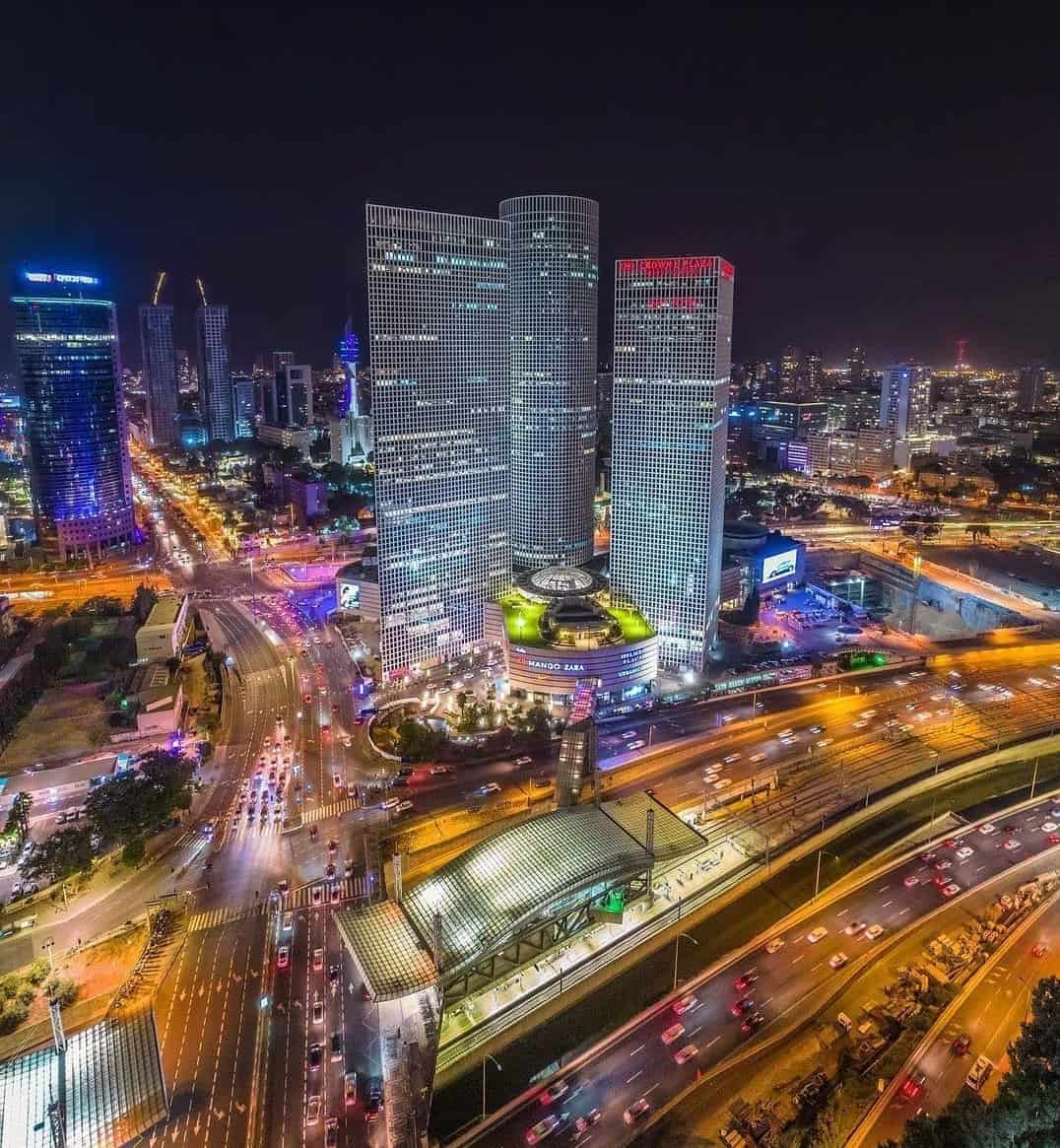 After buffet breakfast at the hotel, drive to Machon Ayalon, a secretive bullet factory established by the Haganah underground movement in 1945. As the largest bullet factory during that time, it produced 2.23 million bullets between 1946- 1948, while keeping the secret from the ruling British military.

Continue to Neot Kedumim, an eco-tourism site and a “living museum” that recreates the physical setting of the Bible, in all its depth and detail. Here you will have the opportunity to plant a tree in the soil of Israel.

Drive back to Jaffa to explore the reconstructed Artists’ Quarter with its galleries and boutiques. We’ll head to Tel-Aviv’s popular Nachalat Benyamin, an open pedestrian Arts and Craft Fair where you will find a variety of hand made products as well as performance artists making this a lively event and definitely in Tel Aviv. Free evening tonight.

Back to hotel to refresh before farewell dinner

For those who have midnight flight, a departure transfer will be arranged

For others, last overnight. (B.D) 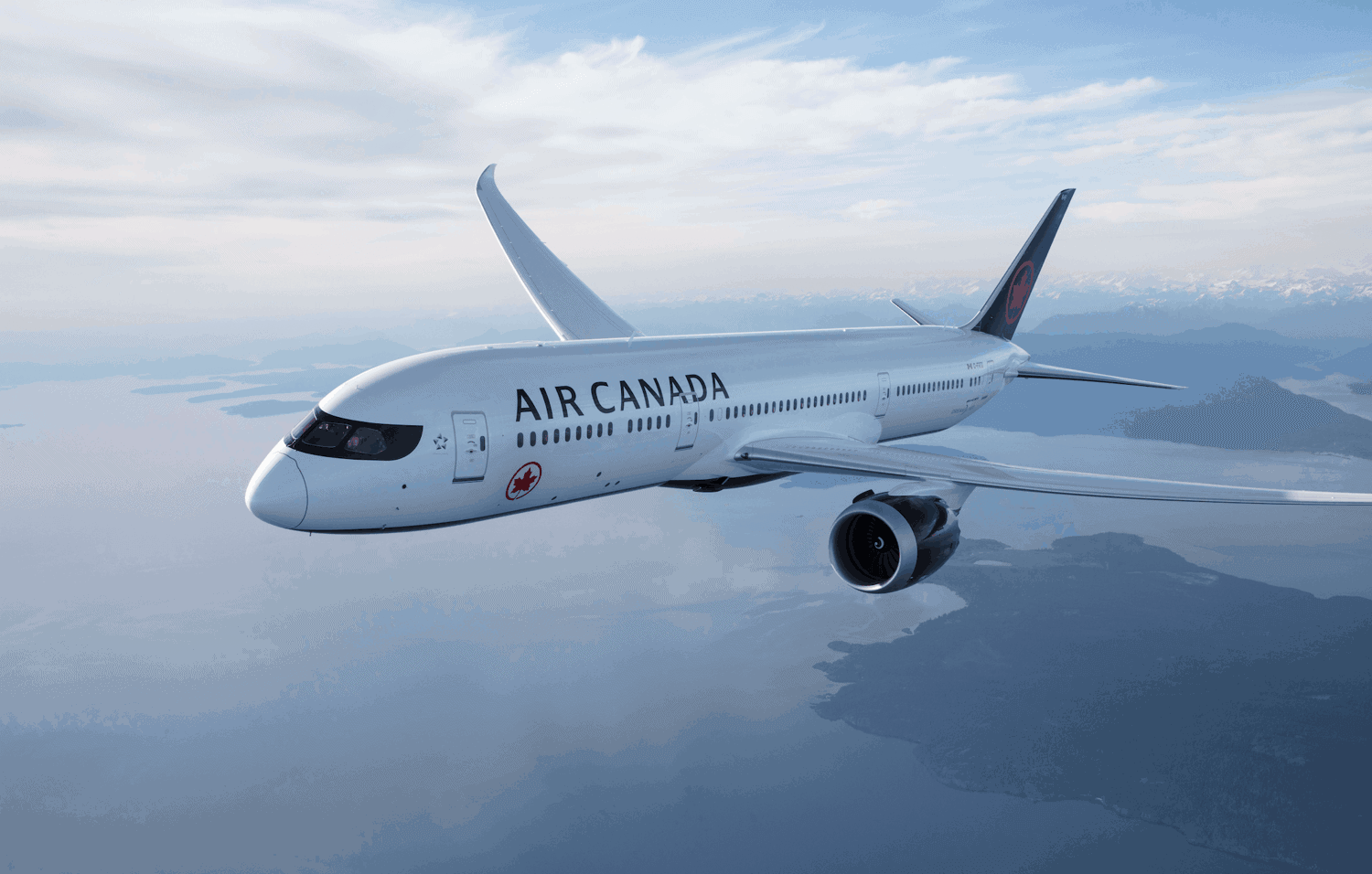 Unfortunately, our journey has come to an end……

Check-out from hotel and transfer to the airport for your international departure flight. 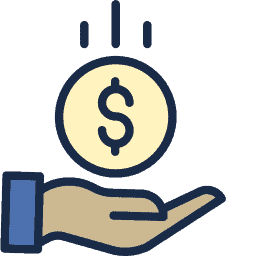 The most comprehensive family tour offered in North America

All rates in US Dollars

Rates are based on $4,699 per person when sharing a Double Room

A Single Supplement surcharge of $1,799 is added to the base price for a single person in a room

Air transportation is available from anywhere in the USA and Canada. Airport transfers are included on the scheduled tour dates. Passengers arriving earlier and departing later will receive transfers if pre and post hotels are booked by Peerless Travel Inc. No refunds are made for missed sightseeing tours, missed transfers, or unused hotel accommodations on our summer tours.

Credit cards are accepted for all deposits, payments for the tour, insurance, and air transportation. Partial payments can be made in Israel Bonds.

A deposit of $450 US per person is required to secure space on the tour and is not required for the Bar Mitzvah & Bat Mitzvah Celebrant (Deposit becomes non-refundable 90 days prior to departure).

Insurance will be issued 90 days prior to departure to protect your deposits and subsequent payments.

Must be valid six months from the date of return. If you are not a US or Canadian passport holder please check visa requirements.

Peerless Travel has gained an excellent reputation operating Family Bar/Bat Mitzvah Tours. In order to maintain this reputation, we wish to advise you that minor changes may be made in the itinerary or the accommodations. These changes may occur prior to departure and even during the Tour itself. The changes are usually a result of insufficient space, changes in site schedules, safety and ease of transportation, or the inability of the supplier to provide services to meet our standards. We will make every effort to ensure that any changes made to the Tour comply with our high standards.

Please note that the itinerary or even accommodations could change according to conditions.

Private Car Touring per the above itinerary & customized itineraries for Bar/Bat Mitzvah and Family Tours available; please call us.

Yes, Air transportation is available from anywhere in USA and Canada
Airport transfers are included on the scheduled tour dates. Passengers arriving earlier and departing later will receive transfers if pre and post hotels are booked by Peerless.
No refunds are made for missed sightseeing tours, missed transfers or unused hotel accommodations on our summer tours. 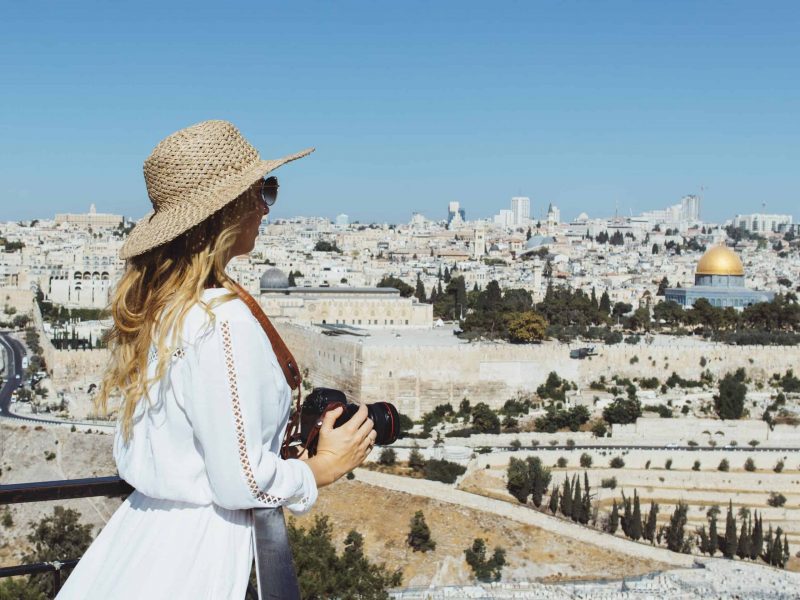 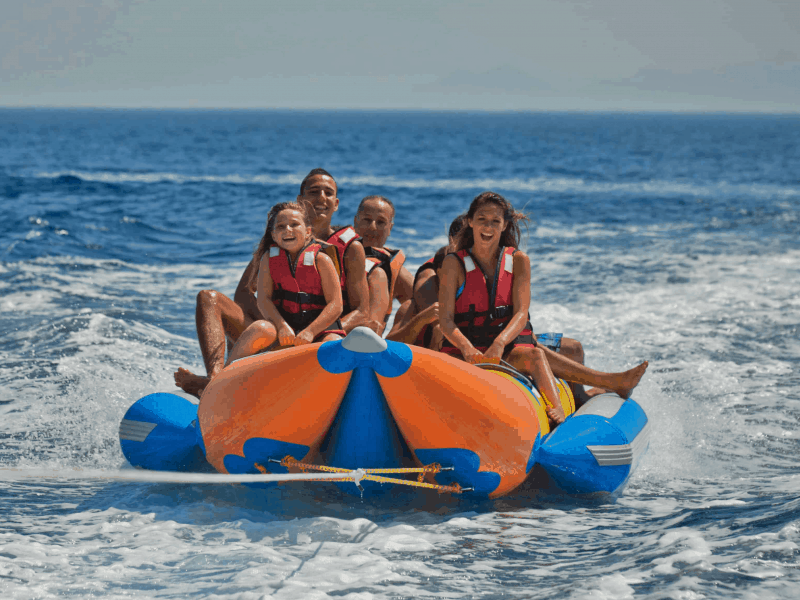 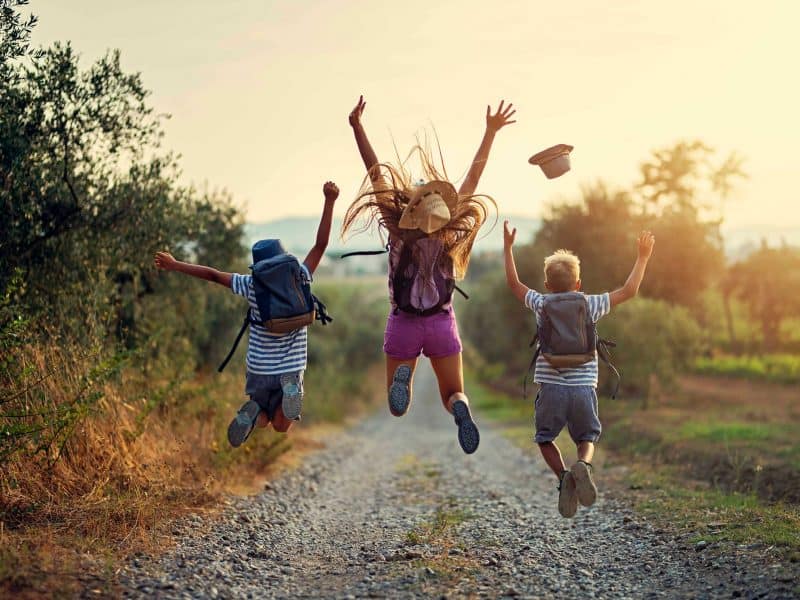 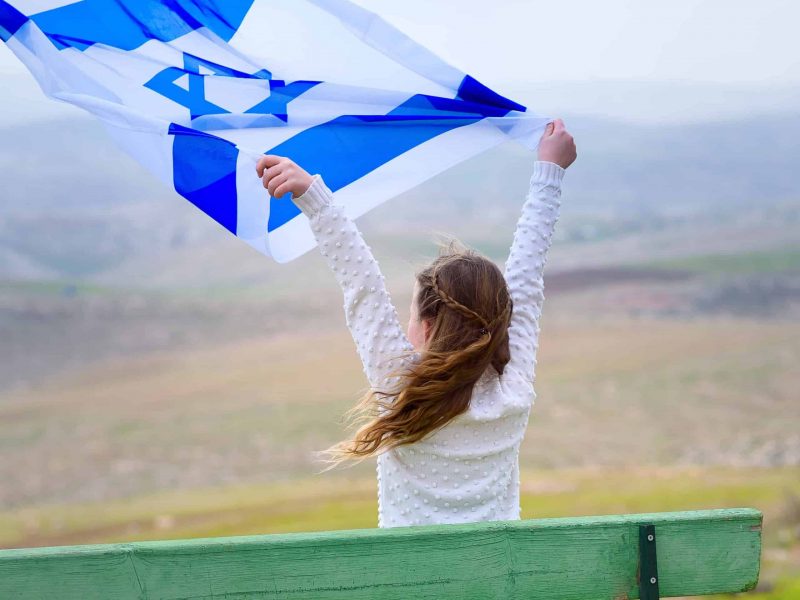