Kayaking & Rafting at the Jordan River 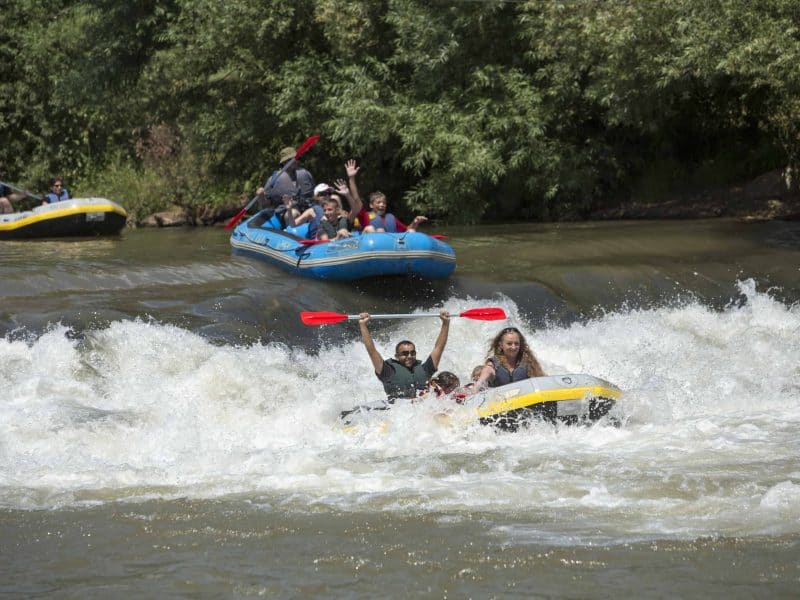 Stretching for over 150 miles, the Jordan river is the longest waterway in Israel and much of its eastern border with the Hashemite Kingdom of Jordan. Because of its role in a few biblical stories, it is also one of the most famous rivers in the world. From its sources by the Hermon, to its estuary into the Dead Sea, the Jordan river is dotted with historical sites and nature reserves, as well as various scenic rides, hikes, and rafting options.

Historical Sites along the Jordan River

Tel Dan – An important Canaanite and Israelite city built next to one of the main tributaries to the Jordan River, Dan Spring. Aside its impressive remains of the city’s gate and cultic center, the combined historical site and nature reserve offers hikes along the stream, and wading pools for children

Chastellet – A Crusaders fort built, and destroyed, in less than a year, next to the Jordan River. The fort was built in 1178 CE next to an important river crossing 10 miles north of the Sea of Galilee (‘Gesher Bnot Yaakov’). Saladin led a successful Muslim assault of the fort, and it was destroyed by August 1179 CE and never built again. Next to it is a nice trail along the river’s west bank.

Degania – The first ‘Kibbutz’ (communal farm) in the world, Degania was established next to the southern outlet of the Jordan River in 1910. Its pioneers formed a true equality lifestyle that was copied in the following decades by forming some 300 more kibbutzim across Israel. Today, the Kibbutz founders’ homes are a museum, presenting Degania’s special history and legacy.