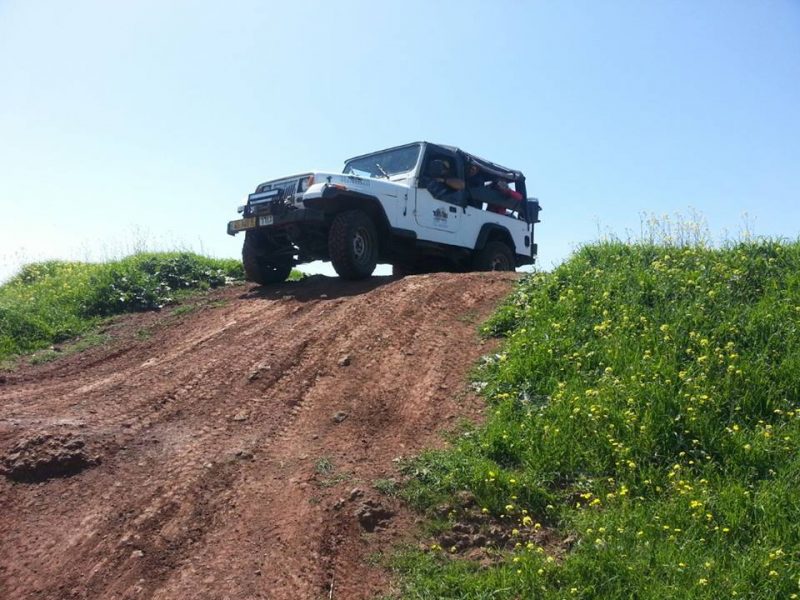 A Golan Jeep Tour takes you into the depths of the beautiful and fascinating landscape of the Golan Heights, Israel’s most remote northern-most region. A jeep tour in the Golan enables you to venture further off the road than the average tourist ever would, right into the heart of the hills and valleys that characterize this incredible region, with its incredible nature, wildlife, history, and modern-day activity. Driving along dirt tracks, passing through streams, through orchards and groves, small villages, and extinct volcanic landforms, a Golan jeep tour is a rich and diverse experience, perfect for groups of all ages.

A standard Golan jeep tour lasts for 2 hours and includes the following highlights.